In May of 1997, members of the City of Durango Recreation Advisory Board approached the Durango City Council as to the feasibility of developing a community recreation center in Durango.

In March of 1998, a citizen's steering committee was formed in which members spent countless hours researching, investigating and surveying the recreation needs of both the adults and youth in our community.

In April 1999, the citizens of Durango voted to fund the construction of the Durango Community Recreation Center with a 1/2-cent sales / use tax, which will conclude within 20 years. Tax revenues greater than the amount required to pay the annual debt will be used for the operations and maintenance of the Community Recreation Center and for the development and construction of the Animas River Trail.

The groundbreaking ceremony for the construction of the Recreation Center was held on April 14, 2000, with the grand opening held on Saturday, January 5, 2002. 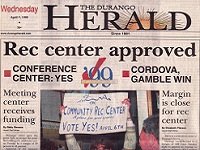 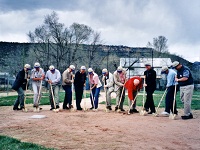 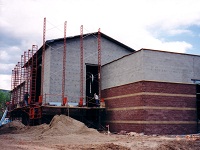